Winter Bugs? It’s Time To Send In The Soldiers! 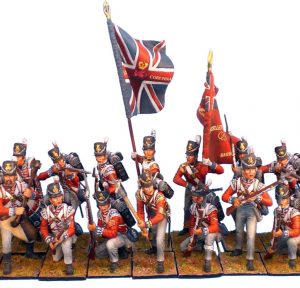 Winter is here and so are the bugs! So many people have been grounded by the dreaded colds and flu recently and I know it happens every year but this time it seems to be difficult to shift. I’ve known so many people who have had terrible colds that have gone on for weeks. They think they’re almost better and then it comes back with a vengeance again. Some have had it for so many weeks and just can’t seem to shift it.

And I’ve just been bitten by the bug myself! The other evening my throat felt a bit sore and you get that oh-oh feeling cos you know what’s coming. Then it’s the nose and the coughing and you know the rest! So I wanted to share with you what I’ve learned to do when this happens to me.

Let me tell you my story about the soldiers.

If you imagine the cold/flu lurgy (and it will improve most illnesses) as being the enemy soldiers in a battle against you, and your immune system are your soldiers trying to fight the lurgy off. But the lurgy is winning and you don’t have enough soldiers to fight it and win. You need more soldiers!

So imagine that you take some kind of medicine to help fight the lurgy – that’s more soldiers for your battalion. You could take some vitamins or eat some vitamin enriched foods – that would give you some more soldiers. Now you’re starting to feel slightly better. You could also call in some of your soldiers from other jobs, taking some extra rest instead of working or ‘pushing through it’ as many people try to do. Also by not having a huge meal (soldiers required for big digestion jobs) and not having alcohol or smoking (soldiers required to remove toxins from the body). This will help to grow your battalion of soldiers so that it’s now starting to win the battle against the lurgy at last. Yey!

But then what happens? We start to feel a bit better and we think we’re getting over it. So we stop taking the medicine and vitamins and we go back to doing the work we previously did….. And then the lurgy comes back!

And here’s why. Imagine again that battle that’s being fought inside you. The lurgy soldiers are winning but you keep bringing in extra soldiers until finally your immune system has almost won the battle and the lurgy is retreating. And then you take away some of the soldiers! And then you take away a few more and you send some of the soldiers back to their other jobs and then just as you were about to win the battle against the lurgy you end up with no soldiers left and the lurgy wins again!

So if you want to feel better faster give your body more soldiers to fight with. Rest, rest, rest as much as you can, take medicines, more vitamins/vitamin enriched food, drink plenty of water (nature’s best medicine), reduce toxins, and rest some more! Our bodies are amazingly designed and will do the job perfectly providing we work with it and not against it. And never underestimate the power of a positive mindset. We can either think ourselves poorly or we can think ourselves well. Tell yourself you feel better, that it’s only going to last a short time, that you’re going to win, etc and your body will follow suit. But also, tell it you feel terrible, that you hope you don’t have it for weeks, that you always struggle with colds, etc and your body will give you that instead.

Try it and see, it definitely works for me and that’s exactly what I’m doing right now. I used to ‘battle on’ but it takes so much longer to shift when you do. Put your feet up and be kind to yourself. No-one wants to share it anyway!

Copyright 2016 © Sue Spencer Coaching. All rights reserved. Produced by Adam Mallinson | To report problems with this site, please click here.
Powered by WordPress
We use cookies to ensure that we give you the best experience on our website. If you continue to use this site we will assume that you are happy with it.Ok