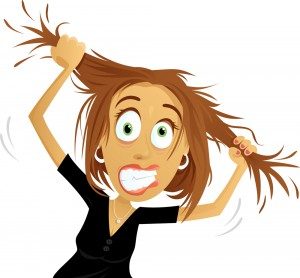 Have you ever felt that life would be so much easier if everyone was just like you?
I know I have! And I’m sure you have too.

Is it your partner? Do you just not understand why they keep doing the same things that annoy the heck out of you? Or saying the same old thing when they must surely know that it drives you mad!

Why does your family or friends say things to try and “help you” when they really aren’t being helpful at all. In fact it just makes things even worse!

And what about your boss (or even the Government!)? Why do they say and do things that are just crazy. Why can’t they see that things could be so much better if only they did things your way? Can’t they see it makes better sense!

And your kids, or even” the youth of today” in general? Are they from a different planet you ask. Either you can’t get them going or you can’t shut them up.

And don’t get me started on shop assistants, call centres, companies and the like. Why do they always get stuff wrong? Can’t they see it’s simple? Why does it take them so many attempts before the job’s done right?

Oh why can’t everyone be just like me, you ask, it would make life so much easier.

And it probably would. But it would be a very dull world if we were all the same, wouldn’t it?

So let’s look at this realistically now. Because who is it that’s actually being driven crazy here. Is it them or is it you?

Unfortunately, and I’m sure you’ve tried it many times, but you just can’t change other people. They have to do it themselves if that’s what they want. Maybe they don’t want to change, maybe their current circumstances mean that they can’t change, even if they did want to. Maybe they’re ruled by someone in authority, by other restrictions or by even by hormones! Who knows! But the one thing that’s certain is that it’s up to them and not you.

So what can you do?

Because it drives you crazy, right?!

Well you can only change yourself. In fact it’s your responsibility to be in control of your own life. It is yours after all. And so when we can’t change a person or a situation then it is up to us to change our reaction to it.

Think about it for a second. How much easier would life be if it just didn’t bother you? How much more peaceful would your life be if you just let it all go over your head.

Well I think I’ve finally mastered it at last.

And I will admit to falling off the wagon occasionally, so to speak. Nobody’s perfect eh, and especially not me! But on the whole I do try not to let stuff bother me.

So what’s the secret?

Well the main thing that I’ve realised is that, on the whole, everyone is just trying to do their best, trying to get by in life when let’s face it things can be hard sometimes. Everyone has their own things going on; everyone has their own issues, their own internal thoughts and worries. We’re complex machines after all. Unfortunately nobody is perfect. Nobody! Even if they sometimes think they are!

People do things and say things often without even thinking. And anyway it’s not always what they say, is it? No, it’s the way they said it!

Oh if only everyone was like me, life would be so much easier!

But they’re not and it’s not!

So next time someone, or something, is driving you crazy why not try this.

Put yourself in their shoes for a minute. Why have they said this or done this thing? Was it to hurt or annoy you, or was it just a throwaway comment or action? Is it really their problem or issue, rather than something personal against you? For example in the case of a boss, do they have someone above them that they have to please, are they restricted with what they can do even if they would like to, did they have a bad day, is a relative ill, did their pet just pass away. We don’t know do we? We’re all just trying to do our best in a difficult world.

Does your partner just want a quiet life, some love because they’re feeling bad, a rest because they’re tired, when they say they’ll do it later is it you who just can’t be patient and let them do it in their own time? Who put you in charge anyway?! Ok i know, you were self-elected!

And how hard is it to grow up these days. Young people have so much pressure on them to do things a certain way and are constantly being moulded into who they should be rather than just being themselves.

And running the country is a thankless task anyway, whoever is in charge!

So try it and see. Put yourself in their shoes for a minute and you will see that they also have reasons and issues and problems of their own, you know.

And another thing you can do is put yourself as a third person. So take yourself out of it for a minute and be that third person on the outside looking in on the situation between you and the other person. What does it look like, what do you look like, or sound like? Take a good look. Are you being fair and reasonable? Do you like what you see or not? Could you act differently maybe? Often taking a look at ourselves in this way shows up things that we can change in ourselves.

So why not try these next time someone, or something, is starting to get to you. You are the one responsible for your feelings. You get to choose how you react to something. Why not choose the peaceful way for a change and just let it go over your head. Stop wasting your energy on taking offence, jumping to conclusions and having a grumble. Put it to good use instead and enjoy the peace from now on.

Ps. If you love the idea but just can’t do it or you want help in making any changes or improvements to your life or your relationships, either with others or with yourself, then get in touch with me for more information and details of any current offers. Click the link below.

Copyright 2016 © Sue Spencer Coaching. All rights reserved. Produced by Adam Mallinson | To report problems with this site, please click here.
Powered by WordPress
We use cookies to ensure that we give you the best experience on our website. If you continue to use this site we will assume that you are happy with it.Ok